Removal and installation of the control arm bushing 4-06-2792 without outer metal shell.

Attention! Control arm bushing 4-06-2792 unlike the original one does not have the outer metal shell. The installation of this bushing must be done into the outer shell of old bushing. Do not remove the old outer shell from the control arm. Remove only rubber in any convenient way.

Attention! After the bushings replacement, check the wheel alignment. 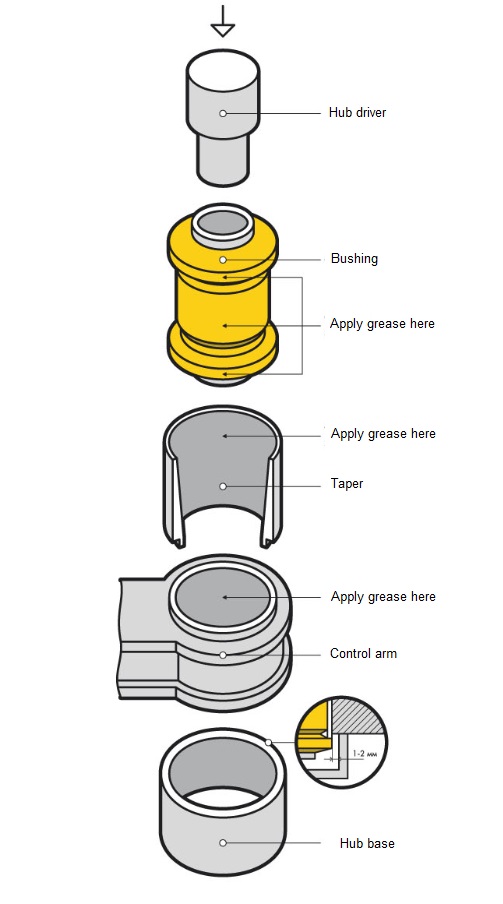